HomeYWCA Rising Star Award
A- A A+

Congratulations to Corinne Coulson, our 2019 YWCA Rising Star Awardee! Corinne is the Manager of Strategic Communications and Marketing at Penn State New Kensington.

The YWCA Rising Star Award is presented to a woman 35 years of age or under who exhibits early professional success and potential to obtain marked achievement; and demonstrates a willingness to help others, especially women and girls.

Corinne was formally presented with her award at the YWCA Girls in Pearls: Walk the Red Carpet Fashion Show to be held on August 19, 2019, at Rizzo’s Malabar Inn. 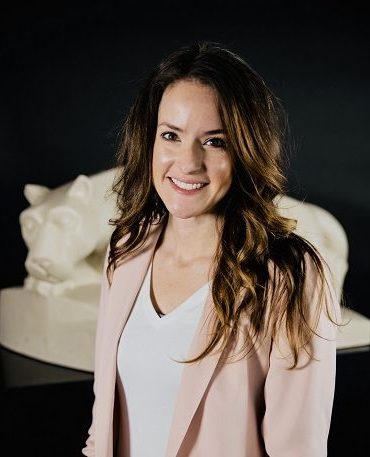 A Pittsburgh native, Corinne has been passionate about leadership, community, storytelling, media, and communications throughout her life. Her undergraduate education led her into broadcast journalism while attending and earning her B.S. in Communications Media with a concentration in Journalism from Indiana University of PA. After working in the field, her commitment to servant leadership grew and led her to the nonprofit field for eight years and then into higher education with Penn State University where she would also earn her Master of Public Administration (M.P.A.) degree.

Currently, she is Manager of Strategic Communications and Marketing at Penn State New Kensington campus, overseeing the communications, multimedia, public relations and marketing efforts for the campus located in Westmoreland County. She is a proud, founding member of the Nextovation™ project, a unique collaborative initiative spearheaded by Penn State New Kensington, focused on the inclusive change and revitalization of a Rust Belt region through sustainable economic opportunities for individuals and businesses in the digital economy. Recently, she was also a participant of the 3-day intensive 2019 Keystone Multimedia Workshop and member of the Westmoreland County Comprehensive Plan Advisory Committee.

Outside of her professional endeavors, she enjoys spending time with her family and rescue dogs, music, photography, being an active member of the New Kensington Rotary Club, serving the community, imparting humor throughout her days and coffee.